Investments in the UK tech sector outpaced the US and China and rose dramatically to £10.1bn ($13.2 billion) in 2019 – a £3.1bn increase on 2018’s already very strong figures and the highest level in UK history.

According to research from Tech Nation and Dealroom for the Digital Economy Council, between January and December, UK companies secured a third of the £30.4bn raised in Europe during 2019, with UK-based tech firms receiving more VC investment than Germany (£5.4bn) and France (£3.4bn) combined. 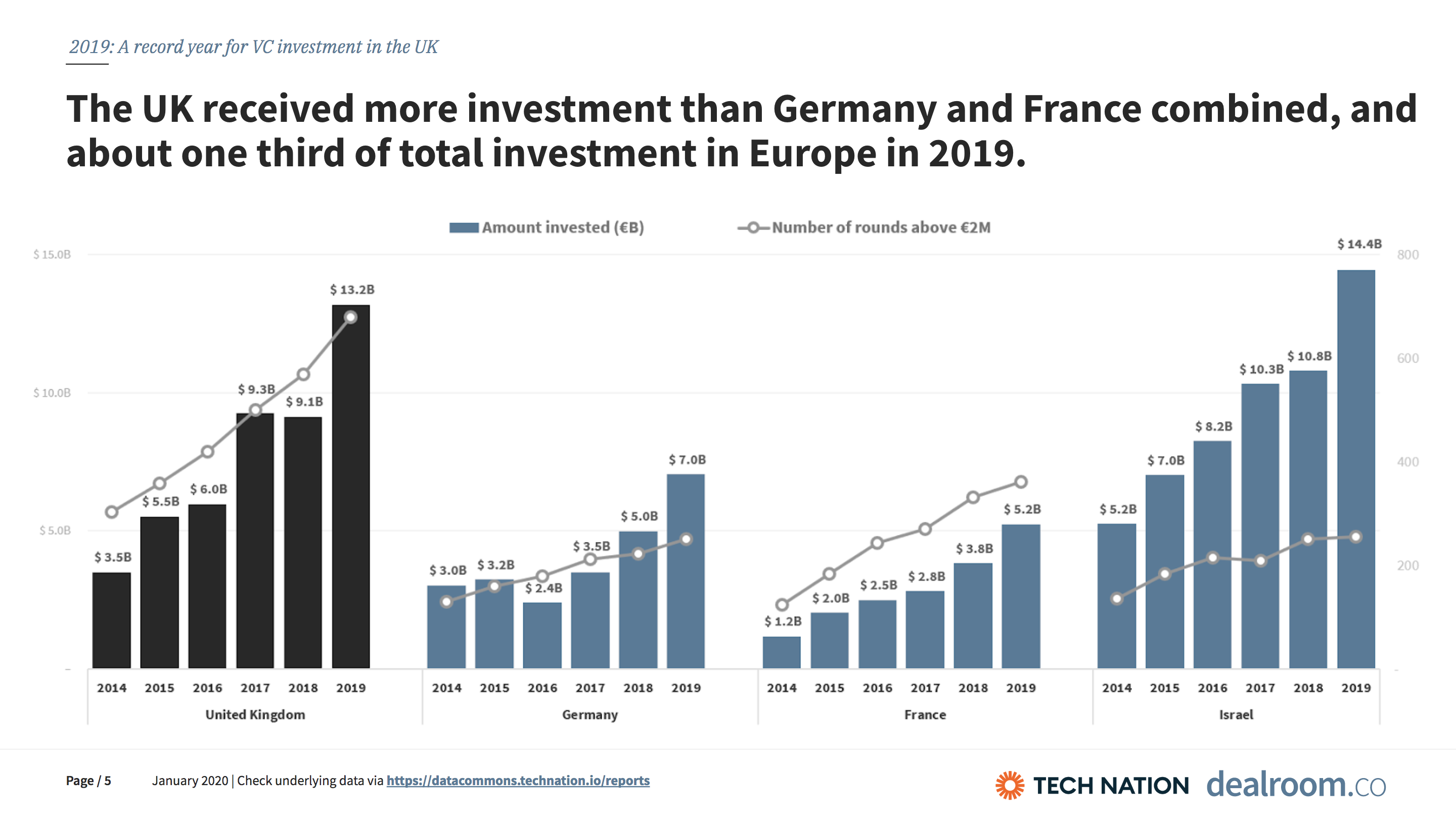 The number of rapidly growing UK tech companies soared as venture capital investment increased by 44% in 2019. Growth in VC investment exceeded 40% for the third year in a row. To put this growth into perspective, investments in France grew by a little over a third compared to 2018, while Israel’s investments rose by a fifth. 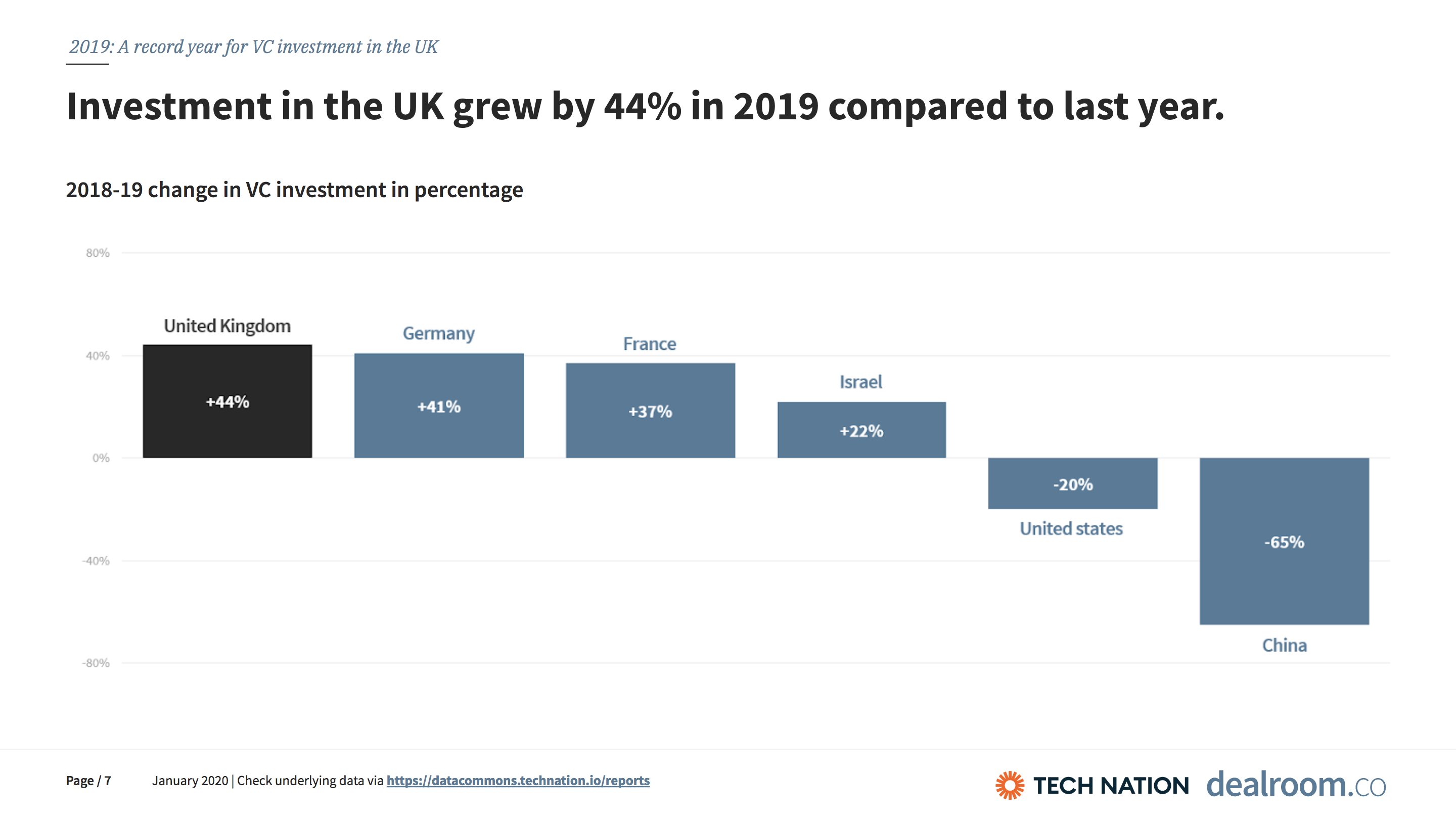 Digital Secretary Nicky Morgan said: “These brilliant new numbers demonstrate the strength of the UK tech industry and how it is a sweet spot of our economy.“Our tech companies are not only commanding the confidence of global investors but they are also creating new jobs and wealth across the country.“It’s absolutely vital we maintain this impressive success and in Government we are working tirelessly to make sure the conditions are right.”

On a global scale, the UK’s performance in 2019 means it now sits behind only the US and China in terms of total venture capital funding received in 2019 and on a city-level, London joins the Bay Area, Beijing and New York at the top of the world’s most-funded locations. Companies headquartered in London raised £7.4bn during 2019.

Almost half of the UK investments (£4.6bn) in 2019 came via US and Asian investors and the UK tech sector recently overtook the US for foreign investment per capita. What’s more, when compared to Germany and France, the UK had the widest overall mix of foreign versus domestic investors.

While eight more billion-dollar companies or unicorns were created in the UK in 2019 – taking the total number based in the UK to 77 –  the amount being invested in early-stage companies increased, reaching £3.9bn in 2019 up from £3bn the year before.

Gerard Grech, Chief executive, Tech Nation said: “In 2019 the UK secured a formidable 33% of all European Tech investment, at £10.1bn, despite accounting for roughly 9% of Europe’s population. Equally exciting is the rapid expansion of digital tech growth across the UK regions, which augurs well for national GDP growth and a truly connected Britain. At Tech Nation, we are also working on an international vision. UK tech businesses are now well poised to forge new international partnerships and global ventures, enhancing tech growth across borders.”