The report details the benefits of widespread use of technology and data in law and the role of lawtech in meeting user needs, including reducing regulatory burdens and improving decision-making for businesses; meeting increasing standards of ESG; and enabling time and cost savings through document automation, data analysis and use of transformative technologies such as AI and smart contracts.

LawtechUK is part of national network Tech Nation and speaking to Legal IT Insider, Jenifer Swallow, LawtechUK Director at Tech Nation said of the £22bn: “One element of my ethos is it’s not all about that number: it takes a village to effect change. It’s going to take a whole bunch of people and they all have a part to play. This is a call to action.”

It is hard not to fixate on the £22bn figure, which is based on data commissioned from Frontier Economics, comprising:

With regard to the SME figure, Swallow, who until 2019 was general counsel at TransferWise, observed: “That just demonstrates how many times in a year the average SME has issues but doesn’t get advice.”

There are now an estimated 200lawtech startups and scaleups, which between them have already attracted £674m in investment as of December 2020, and are growing at a rate of 101%, outpacing fintech, climate tech and healthtech. They currently employ 7,100 people.

The report anticipates UK lawtechs can attract up to £2.2bn in investment per year by 2026, as well as contributing up to 12,500 jobs over the same period, generating a GVA of £1bn – £1.5bn by 2026 – around 5% of the GVA of UK legal services – a similar ratio to the current UK fintech and financial services industry GVA of 6%.

In terms of lawtech outpacing other sectors, the report provides further interesting statistics. The average annual rate of growth in UK lawtech investment between 2017 and 2020 (101%) has outpaced that of other applied tech sectors, including climate tech (5%), fintech (20%), and healthtech (47%), demonstrating lawtech as a sector on an accelerating trajectory as the market also matures and consolidates.

The fastest growth in lawtech is seen in the regulatory compliance category, which grew by 214% between 2018 and 2020. The consumer and SME grew by 74% over the same period, which we’re told demonstrates the opportunity for lawtech to establish its place at the core of the future economy.  Legal document creation, management and review grew by 24%.

LawtechUK is calling for collaborative action from the legal sector, regulators, policy-makers and businesses to accelerate investment in and adoption of lawtech to capitalise on the growth opportunity.   The report highlights seven priority areas:

Increased investment in lawtech R&DGrowth of new markets Improved collection and availability of data, towards ‘open legal’Greater connectivity across the sectorIncreasing technology awareness and capabilityPolicy and regulation that supports tech adoptionSustainable growth anchored in the purpose of law

With regard to increasing technology awareness and capability, Swallow said: “My personal view is that technology capability should be mandatory and you are seeing moves towards that in Scotland. The regulators in England and Wales will say it’s happening organically but in the report we say we need a baseline. People don’t need to learn to code or how DLT works but let’s have the basics, just like commercial awareness.”

LawtechUK is currently engaged in a multi-party data sharing project, which is being run out of its lawtech sandbox. Swallow said: “There’s a lot of activity in the United States around common protocols and in the sandbox, we’re looking at the benefit of data sharing and we are hoping to come out to market soon.”

Swallow is keen to emphasise that collaboration is key to growth, and she says: “Everyone is doing their own research and projects but you don’t need to reinvent the wheel each time, let’s work together.”

These are the key takeaways from the report, which you can download here: 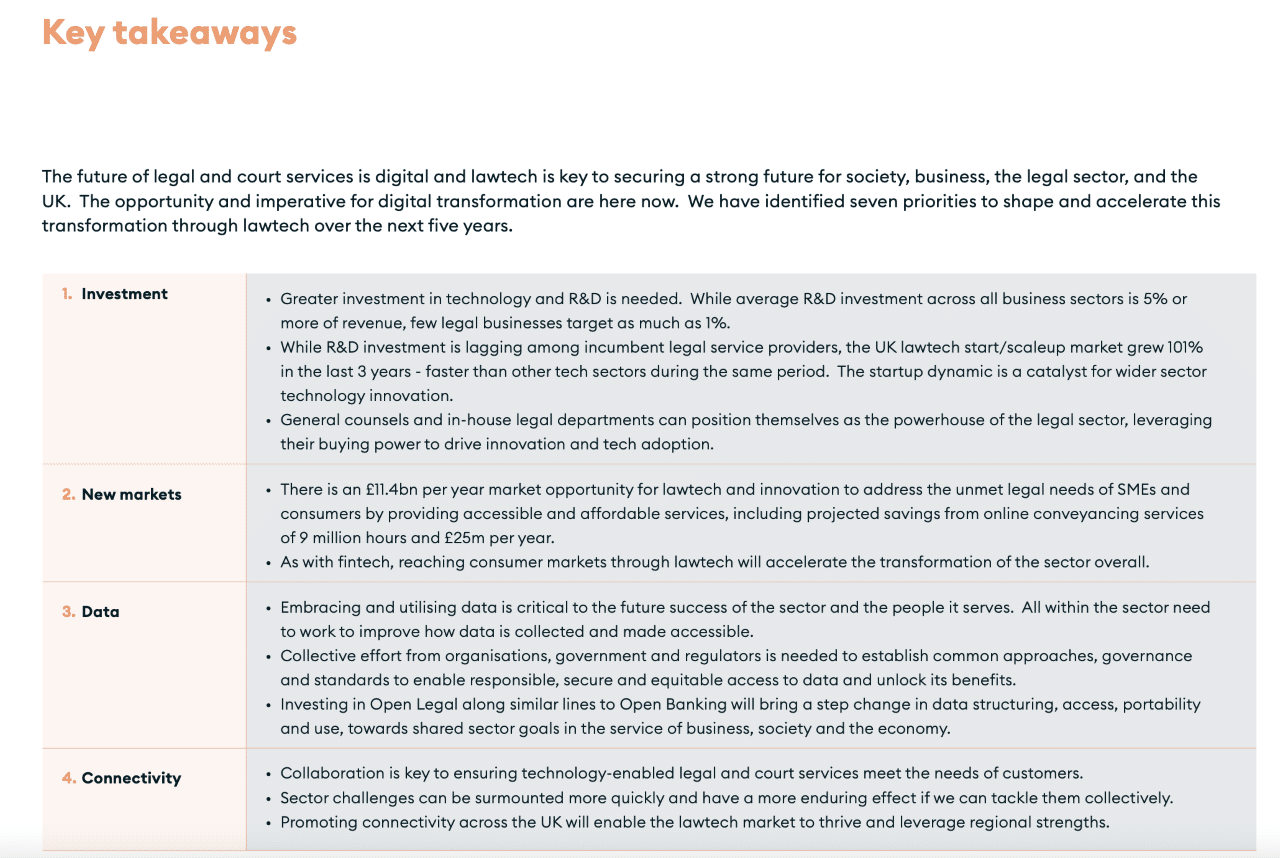 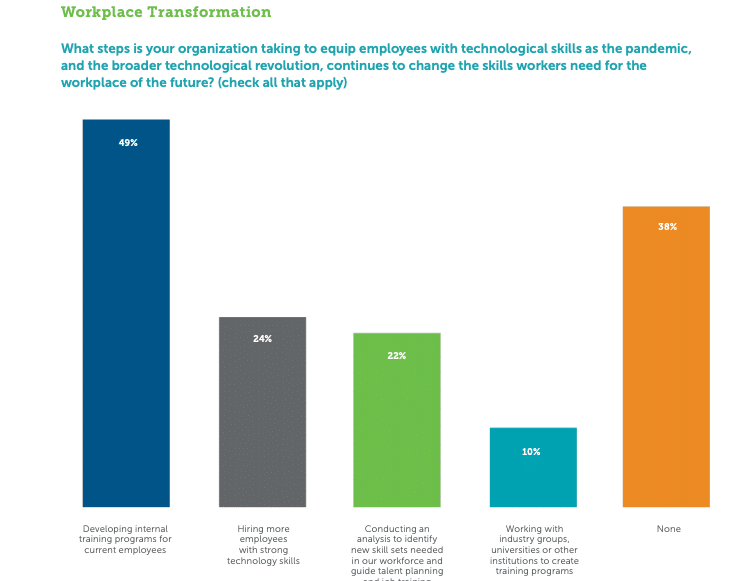