NetDocument’s former general manager for EMEA, Guy Phillips, has joined Transform Data International as a board adviser in order to help the Netherlands-headquartered company to accelerate its growth in mainland Europe and the UK.

Phillips will be working with former Phoenix Business Solutions co-founder Roger Pickett, who joined TDI in January to spearhead its UK growth, following the launch of TDI’s London office in the summer of 2021.

TDI helps law firms and corporates to better leverage their Microsoft 365 investment and has had recent success in Europe in rolling out Repstor’s (now part of Intapp) SharePoint-based document management system, Custodian for Legal, and in helping organisations with the provisioning of Teams. 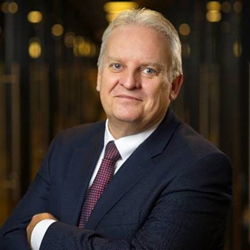 Phillips was first introduced to the role by TDI business consultant and mentor to the board René Beulen, who co-founded Morningstar Systems, and who Phillips worked closely with while setting up LexisNexis InterAction’s European partner channel over 15 years ago.

Phillips said: “TDI has quite a few people that were previously with Morningstar. René approached me this year and said, ‘it would be great to use your experience to see how we can grow TDI.’ They have asked me to become an adviser to the board and to look at new opportunities but also to look at what they are doing in the Netherlands and how to bring that to the UK.

“They are looking for that extra experience and contacts to exploit the opportunity in the UK as well as mainland Europe, including what other products they can bring to the table. They have a really strong consultancy capability and can arguably take on products such as contract management and document management.”

TDI has a strong multi-lingual team in the Netherlands and deployment can be delivered remotely.

Phillips added: “Roger’s experience is in document management and TDI is looking to leverage the opportunity that Microsoft presents but we’re also winning really good in-house deals in the Netherlands and looking at how to bring that knowledge and experience to the UK.”

TDI has been broadening out the products it works with, which now include Repstor (Intapp); DocsCorp (Litera); Neota Logic; and ValidSign. Phillips said: “They have been doing a lot of work engaging with corporates or law firms where they are implementing Microsoft 365 or Teams but not exploiting it as heavily as they could. TDI is bringing in new products and additional consultancy to optimise that investment and plug in products where appropriate, whether that be Repstor/Intapp or Neota Logic, which is more around document creation.”

With regard to whether SharePoint is now a feasible alternative legal document management system, Phillips said: “The tide is turning. If you look back a few years and saw some of the SharePoint implementations they were awful but that is also down to the consulting capability and lack of knowledge of the legal sector, plus SharePoint wasn’t mature enough for legal. Things have moved on, and firms have invested more in Microsoft, and Microsoft is more willing to understand the legal market. But the legal market needs the support of people who are really knowledgeable about the sector.”