One Monday shortly before Easter 2021, legal tech founder Phil Wedgwood entered a normal start-of-week day as CEO of Manchester software company Engage Solutions Group. Less than 24 hours later, the former Rekoop (now part of Intapp) founder was in the ICU at Salford Royal and his family had been told to prepare for the worst. In the early hours of Tuesday Wedgwood had suffered a brain haemorrhage. For all his previous good health, it had struck out of the blue and put him close to death – for an agonising week it was very much touch and go. 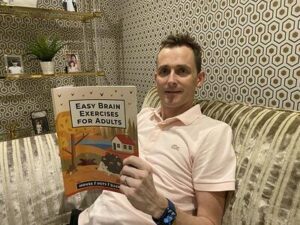 Fortunately, he has made a good recovery. His response? To write a book about Engage, called Destination Engage. And we think he deserves a bit of publicity after everything he has been through. The royalties for Destination Engage will go to the charity that helped Wedgwood with his recovery, BASIC, and the company will also be match funding the total royalties raised.

For more on his story and the book, see here:

Destination Engage is available from Amazon in both paperback and eBook formats.