As first seen in the September Orange Rag.

The International Legal Technology Association in September made available to the media the full findings of its annual legal technology survey, which is the result of the input of 541 firms, representing about 126,000 attorneys – the highest respondent rate that ILTA has seen in over half a decade.

Here are some of the notable changes from last year.

Mainstream support ended in January for Windows Server 2016, but 47% of firms still use the operating system, according to this year’s survey. That number has decreased from last year, when it was 61%.

Correspondingly, almost double the number of firms said they use Windows Server 2019 compared to last year (25% last year to 40% this year). 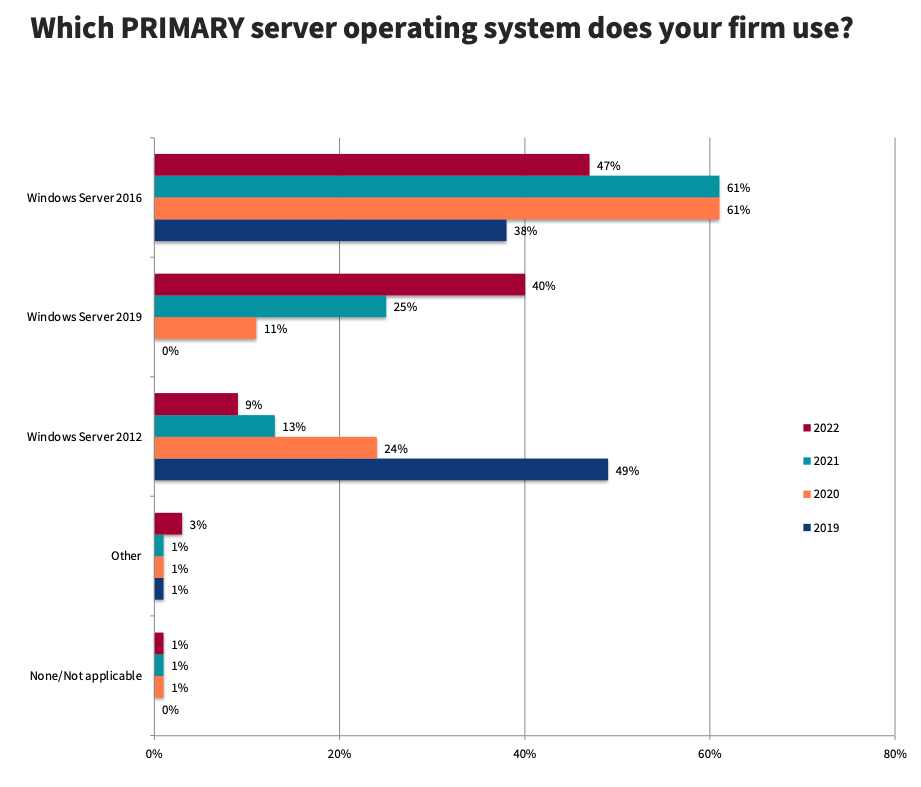 There was a strong surge in the use of Microsoft Teams over the past year. Asked which video conference system they use in conference rooms, in 2021, 15% of firms said they use Teams. This year that figure was 37%. Zoom was also up from 28% to 37% over the same period.

However, asked which unified communication technology your firms uses or is considering using, Teams came out significantly ahead, and has leapt from 4% in 2020 to 42% in 2022. 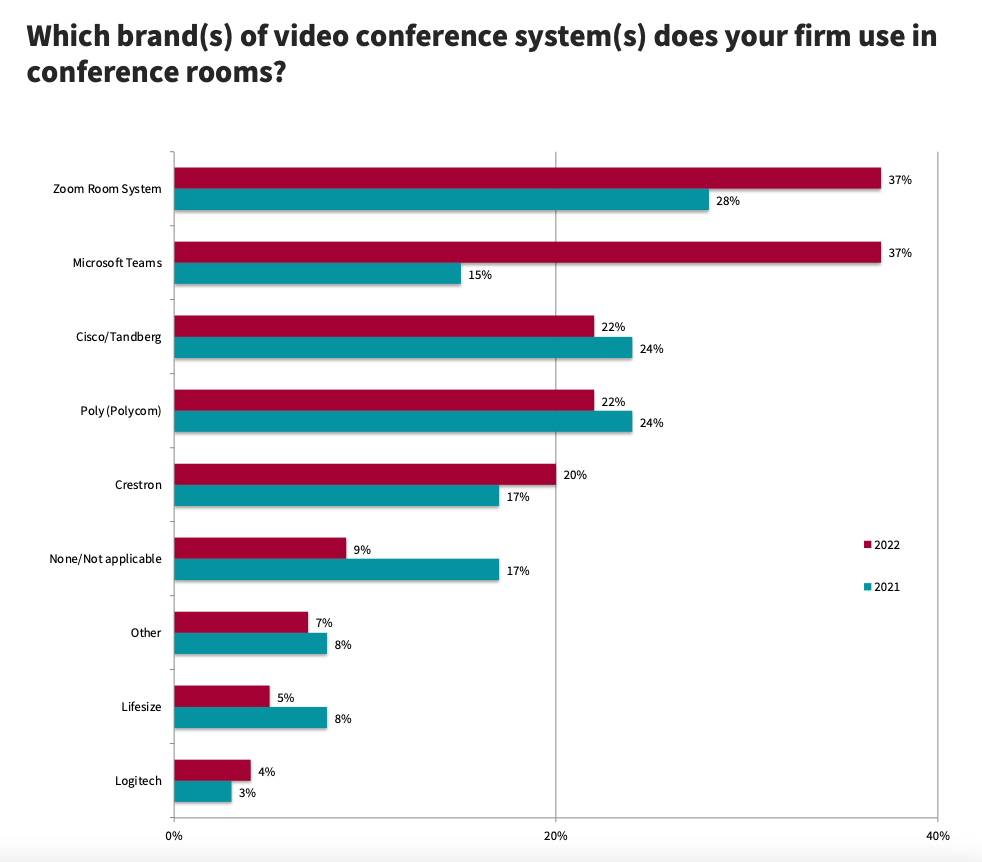 Laptops take over from PCs

The number of professional staff using laptops in place of PCs has also risen from 29% last year to 43% in 2022. 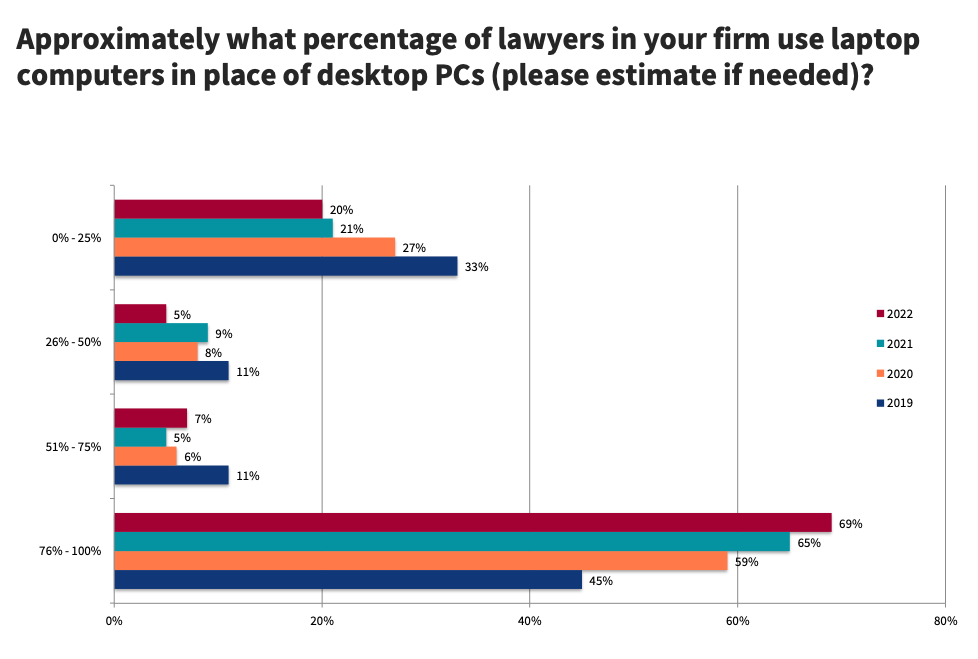 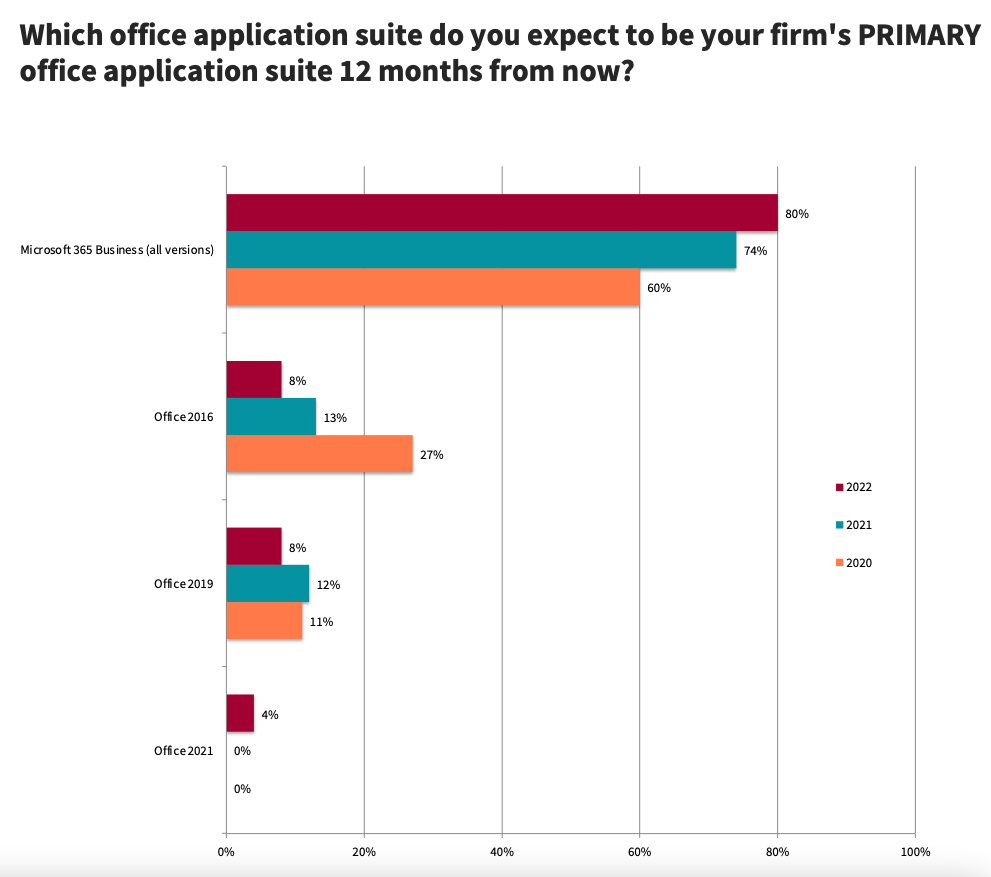 This has been a good year for Aderant Expert and/or Sierra. Asked which time and billing system you have chosen to replace your current system, 31% said Aderant, up from 25% in 2021. 25% said Thomson Reuters 3E, which was the same as last year.

The 2022 Tech Survey is available for purchase for $500 for ILTA Members and $800 for non-ILTA members, although it is available to all ILTA members of the 2022 survey participating member firms and select ILTA Business partners.

There was a similar significant jump for the iManage Cloud in 2022 – asked if your firm plans to replace its DMS/ECM in the next 12 months, 17% of respondents said yes to the iManage Cloud. That figure is up from 10% last year. NetDocuments remains the same as last year on 3%.

As always please get in touch or comment if you have any views on the above. caroline@legaltechnology.com